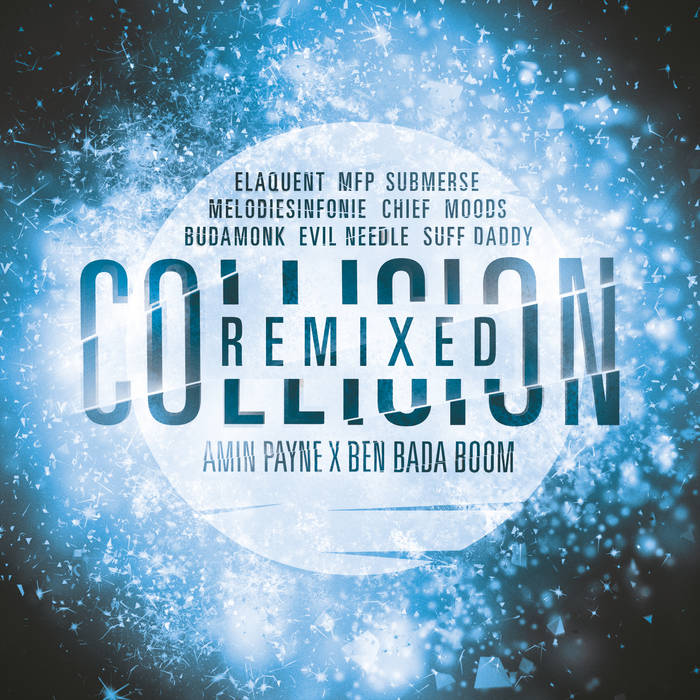 Amin Payne & Ben Bada Boom's 'Collision' get revisited by
a dream team of producers worldwide Witness a whole new journey
as each artist remixes a track from the album and displays their
interpetation.

After the success of 'Collison' by AP x 3B , the challenge was high
to elevate this classic collaboration album into a Remix edition.
The resulting combination is one of the dopest remix album you’ll hear this year, Containing 10 tracks which feels like you’ve listened to a new full length album from start to finish. Based on the main
ingredients of the original one, covering a variety of styles, and each
individual song is so incredibly well developed that you can really get
lost in the music. Experience this journey.

xlr8r - "..Somewhere between all that activity, Submerse
found the time to rework Amin Payne's and Ben Bada Boom's
"Moon to Mars," a cut from the pair's recent Collision LP
for the French Cascade label, which has been handed off
to several remixers for an upcoming collection.."
www.xlr8r.com/mp3/2014/08/moon-mars-submerse-remix